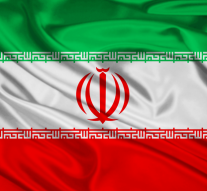 In a sign that relations between the U.S. and Iran are warming, Iran has agreed to return an American drone it captured last week.

The long-time U.S. antagonist has promised to immediately send back American journalist Rachel Maddow, who they claim crossed the Iraq/Iran border on a spy mission for the United States while pretending to be covering the aftermath of the departure of U.S. troops from Iraq.

Speaking on condition of anonymity, a highly placed Iranian government official said that unlike other instances where Iran has captured American assets and held them for long periods for public relations reasons, the Iranian government is eager to return Maddow to the U.S. as soon as possible. “God, she just won’t shut up,” said the source. “She’s driving everyone crazy.” 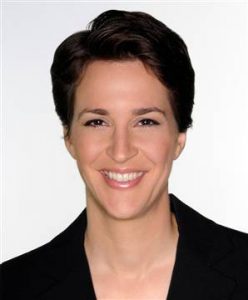 The Iranians were also concerned that Maddow, seen here with makeup, is actually, you know, Lebanese.

While other recent prisoners used lawyers, State Department personnel or other intermediaries speak on their behalf, Maddow did all of her own talking, going on and on and on an on to the point that at least one seasoned Iranian interrogator attempted suicide after spending 15 minutes in a room with the MSNBC anchor.

The Iranians had thought of lodging a complaint with the U.N., accusing the U.S. of using a biological weapon against the Islamic republic, but Shia law forbids examining women with hair shorter than a camel’s.