Home / This Week / Sanders calls for new department of the inferior 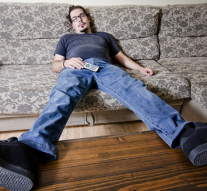 Looking to expand his efforts to expand social benefits for non-working Americans, Sen. Bernie Sanders has proposed the creation of a cabinet-level Department of the Inferior to guarantee the maintenance of a permanent underclass dependent on government programs.

Acknowledging that some unemployed Americans just aren’t morning people, Sanders is requesting that Congress address the needs of people who have no visible means of support, despite their ability to text their friends at work from their iPhones while watching Netflix.

“We need to accept the reality that some people just can’t work for the man,” said Sanders. “These people become a drag on society, slowing hard-working Americans at intersections with their windshield cleaning, at grocery store checkout counters arguing with the cashier about buying cigarettes with food stamps, and creating blockages in Wal-Mart aisles as their children remove toys from boxes to play with them.”

“For these reasons, I believe it’s important to continue to change what were U.S. safety nets into social welfare hammocks,” said the senator. “And why should the children of the working class have to pay for college by getting summer jobs, waiting tables during the school year, or taking a gap year to earn money for tuition? What will Republicans ask next, that students give up beer, pizza, movies, Androids, Xboxes and marijuana to help pay for their own educations? It’s preposterous.”