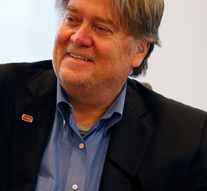 In a rare show of unity, the U.S. Supreme Court voted 8-0 to require White House chief strategist and senior advisor to President Trump, Steve Bannon, to drink a glass of water while Donald Trump talks. The unprecedented decision came only days after Trump appointed Bannon to a seat on the National Security Council, despite Bannon’s only military experience coming from his dominance of other White House staffers in Sunday night Call of Duty marathons.

The White House is refusing to comply with the order pending an appeal. “The so-called judges who issued this order have once again overstepped their legislative bounds,” said Kellyanne Conway, Satan’s handmaiden. “We will appeal this decision to the Nielsen Ratings Company and fully expect this decision to be overturned.”

After refusing to take questions from reporters, Conway added, “As everyone knows, the U.S. Supreme Court was disbanded in 1987, and doesn’t exist anyway.” Conway also pointed to the order’s striking similarity to waterboarding, which she said Donald Trump has always opposed. 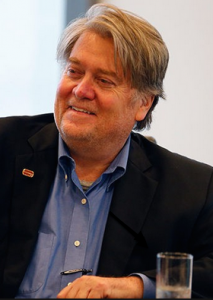 When this photo is enlarged, it shows the glass Bannon must drink from, which the White House is hiding.