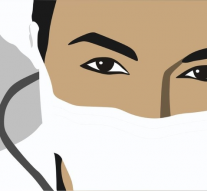 “Who knew health care could be so complicated?,” Trump said to the three reporters invited to his Monday press briefing. “As we look at repealing Obamacare, and I don’t mean replacing it because too many people are in surgery right now so we can’t do that, but as my team of the best people in the world look at alternatives to a health insurance program that covers tens of millions of at-risk people, and they are beautiful people, even the Asians, we are learning that the health care field includes many complex issues, such as what does health care cost, where do you go if you’ve been in a car accident and what credit cards do hospitals take.”

New Health and Human Services secretary Tom Price concurred with the president’s assessment saying, “Until members of Congress review the number and type of campaign contributions they have received and will be receiving from pharmaceutical companies, hospital chains, trial lawyers, health insurance companies and physicians organizations, I don’t see how we can seriously address fixing the Affordable Care Act. We simply don’t have our campaign contributors’ permission to do that at this point.”

Responding to the president’s comments, Independent Vermont Senator Bernie Sanders said, “THIS IS OUTRAGEOUS! EVERYONE SHOULD GET FREE HEALTH CARE AFTER THEY’VE EARNED A FREE COLLEGE DEGREE SO THEY CAN PAY FEWER TAXES TO SUPPORT THE INCREASED SOCIAL SECURITY AND MEDICARE THEIR CHILDREN WILL HAVE TO FUND WHEN THESE PEOPLE WHO GOT FREE COLLEGE AND HEALTH CARE WHILE PAYING LOWER TAXES FOR 40 YEARS RETIRE! IT’S AN OUTRAGE!”