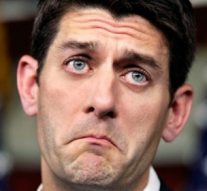 Facing a possible loss of his speakership and an election defeat in 2018, Ryan is desperately looking for allies to help him sell Ryancare. After carefully explaining his Obamacare replacement legislation, however, the House Majority Leader reminded members of the press that he doesn’t lead minorities.

“Will millions of poor and middle-class Americans lose their health insurance? We have to wait until the Congressional Budget Committee reviews this document and releases its findings, but I can tell you already that the CBO is not legitimate since January 20, 2017, just as federal employment numbers are now legitimate only since March of 2017. That means that health care will be accessible to every American if they can access it.”

Asked if he knew how many Wisconsites might lose their health insurance under Ryancare, the speaker replied, “That’s the great thing about this new American Health Care Act. Because people in my state live so close to Canada, they now have the option to choose a private insurance plan there. That wasn’t possible under Obamacare.” 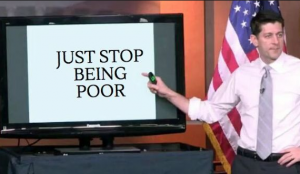 Ryan explains an important component of the American Health Care Act of 2017.

Ryan also dismissed criticism of the AHCA as primarily a massive tax cut for the rich. “While the wealthy will see billions of dollars in tax relief after this bill is passed, they will create more jobs as they spend those dollars on third and fourth homes, new cars for their teenage children, more maids and butlers and even yachts. Obamacare took the opportunity to buy those things away from dozens of wealthy Americans.”