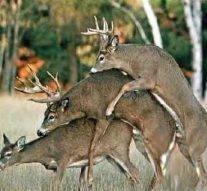 Donald Trump, Steve Bannon, Jared Kushner, Kellyanne Conway, Ivanka Trump, Steven Miller and other top White House staff members tell journalists they are in complete control of the country, but admit they are surprised that running a government is so different from running a blog, clothing line, PR firm or reality TV show.

“I’ve assembled the best people in the world on my team,” said President Trump, “However, none of us were prepared for the fact that members of Congress, the military, the judiciary and the press were totally unqualified to do their jobs. Even the American people don’t fully understand how to be citizens.”

Recent examples of the rest of America being unqualified and not up to speed to work with the White House include:

“No matter what we do, people who are not part of the White House staff just don’t know how to correctly be American,” said Conway, adding, “I’m a redhead.”

“It is unbefuckinlievable that anyone would question the President of the United States based on the article 1FNB slash 42A of the Presidential Powers Act which clearly states that no one shall question the president, prevent him from making any decision or say mean things about him,” read senior White House advisor Steven Miller from a teleprompter after drinking three Red Bulls.

Chief White House strategist Steve Bannon expressed support for the official Trump administration position that Americans were surprisingly unprepared for their jobs during a Trump presidency, “…except the Jews. I love Jews.”